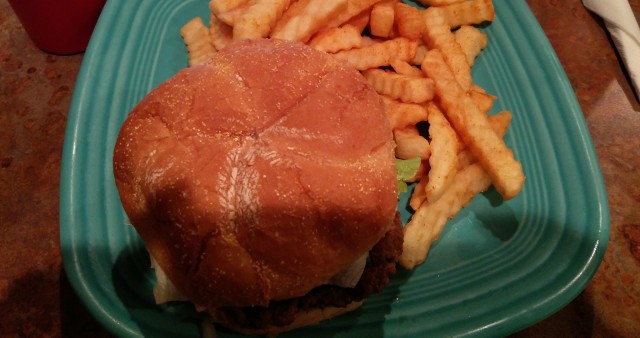 The California Burger at the Rio Grande, Yanceyville

That was roughly my state of mind on Thursday as I slung my bags in the back of a rental car in Charlotte for a weekend of chasing the Ku Klux Klan through rural North Carolina.

Chasing people is one of the most fun things a journalist can do. Whether it is the company director who has done a bunk with the profits or the Royal holidaying in Africa, it is a battle of cat and mouse, where the journalist has to rely on his or her instincts, whatever contacts can be rustled up in a hurry and the occasional bribe (although certainly not in any place where such activity is illegal, let’s just be clear on that point).

And to do it in America makes it all the more of a thrill. Beyond the Beltway is the real America, where gas stations double as diners and come with coffee refills.

The first sign that things might not be quite as romantic as they sound came with the car. If you have never seen a purple Nissan Versa compact, well suffice to say that as well as obviously being very Japanese it simply is not the sort of car anyone would choose for their American road trip. Although it does give excellent MPG.

Think Chili Palmer in Be Cool when his own vehicle has been blown up and he has to drive around in a Honda Insight rental:

Martin (Danny Devito) Hey Chili, that your car?
Chili: Yes, Its the Cadillac of Hybrids.
Martin: A bit tight for a guy like you?
Chili: a small price to pay for the environment.
Martin: But what about speed? (its parked between Ferarris)
Chili: Martin, when you’re important, People will wait.

And it wasn’t the only part of the Jack Kerouac dream that didn’t quite live up to reality. Life on the road on my kind of budget invariably means dodgy motels and meals in soulless strip malls that shut at 8.30pm.

My lodgings were the Economy Inn. In a country where almost everything is marketed to within an inch of litigation, it is fair to say that anything describing itself as “economy” in its own name should be treated with a healthy dose of DDT.

And the food was fast. I racked up two burgers in the course of Saturday alone. The first was in a BurgerKing.

The second was in the evening. I had spent the day watching the KKK and as I made my way home from trying to doorstep the Imperial Kommander of the Loyal White Knights for the second time I spotted half a dozen police cars parked up at a Mexican restaurant alongside Highway 86 N (much less glamorous than it sounds). I couldn’t resist.

Inside the Rio Grande was a functional kind of place, comprising at least three dining rooms joined together as if the owners had expanded their way through neighbouring joints one by one. The cops – I could tell they were state troopers from their cars – were just leaving, returning to their shifts, as I came in.

I recognised one from the KKK parade, where we had both parked up in a vacant lot waiting for their arrival. I decided not to ask if his was the squad car behind me when I rolled straight through a four-way stop as he chased the parade through the small town of Roxboro (officially a city of 8000 or so souls). Instead he gave me his impressions of the Kavalcade, as the Klansmen insisted on calling it.

“We were laughing at them because there weren’t very many trucks. Some looked like they was in those little rental cars you can get for $19,” he said, guffawing.

He was looking straight through the window at my purple Nissan Versa. I let it go.

My burger was OK. Advertised as a California Burger, it was dressed up with Pico de Gallo – the chunky Mexican salsa – which served to season a pretty average thing into a slightly above average thing.

But when my other meals had been in fast food chains or dubious strip mall restaurants, including the heaviest sushi I have ever tried to lift with a pair of chopsticks, that counts as a win.