Bakers and burgers in Trump country

Frank DeViva, owner of the Bakehouse Bakery and Café

Sit down at the table under the television at the far end of the Bakehouse Bakery and Café and you know immediately where you are. Not just Kingston, Pennsylvania, but Trump country.

“I’m pro-America, pro-gun, pro-God,” is how John Sorber, a retired lineman, introduces himself (And anti-Obama, anti-Stalin and anti-government meddling in healthcare).

It is just after ten o’clock and the informal breakfast club is winding down. There’s just time enough for one last cup of coffee and a chance to take the pulse of a county that voted Obama in 2008 and 2012 before plumping for Donald Trump last year.

Because despite what the pollsters and pundits are saying about a stalled legislative agenda, a gaffe-prone White House and a string of broken promises, there is no buyer’s remorse here.

Mention Saturday’s 100-day milestone and the response is a weary smile.

“I never liked the 100 days thing,” says Gordon Price, who worked in the telephone industry before retiring. “I’m still behind him.”

His administration is not yet fully staffed, runs the thinking here, and the same pundit class that dismissed Mr Trump’s chances in the election is now declaring the presidency a failure.

The view in Kingston is different. These are the people who took Mr Trump seriously but not literally. They don’t see flip-flopping or commitments broken.

They see a president who has begun the process of dragging America into a new age, reasserting itself in global affairs and undoing the damage of the Obama years.

“We had eight years of Obama. He damaged the country. He made this country a laughing stock,” says Mr Price, folding away that morning’s Wilkes Barre Times Leader newspaper.

“I’m not going to say much,” says Kathy, a retired teacher, “but I agree with that.”

The missile strikes on Syria are an illustration of a president who means business, she adds.

This part of America doesn’t care that he has not released his taxes. They shrug at the defeat of a healthcare bill, as if to say that’s Washington business, not their business. They have other issues that they care about.

That’s why Hillary Clinton missed the trend in Pennsylvania, Wisconsin and the other states she took for granted.

Kathy and Gordon are both former Democrat voters who backed Trump this time around.

“We used to be the silent majority,” says Gordon echoing a Trump refrain, “but these are desperate times.

Kingston and its bigger neighbour Wilkes Barre have long known desperate times. The region’s economy was once based on anthracite mines that produced a hard coal with a high carbon content. When that disappeared in the second half of the Twentieth Century it was replaced by manufacturing industry in general and women’s clothing factories in particular. In time those factories disappeared as well, to be replaced by a mix of small-scale service industries leaving an unemployment rate that tracks a point plus change above the national average.

The high street has more than its fair share of empty stores, making for a sorry sight when the town’s residential roads fill with bursts of cherry blossom at this time of year.

If I were better at this there would be some kind of metaphor in Biggie Burger, a joint that closed down recently before re-opening inside the Bakehouse, bringing owner Frank DeViva’s businesses under the same roof.

Rebirth, renaissance or some such.

Yet that’s what happened when I ordered a cheeseburger with pickles and grilled onions after the breakfast club had drifted home. The burger was great. The Angus beef made it all a substantial mouthful, thick and juicy.

But the star of the show was the bun. It was crispy on the outside, chewy on the inside. It soaked up the juice of the burger but held its shape. This was more than mere delivery system it was part of a greater whole.

Having already heard Frank’s story I should have known what was going on. He describes himself as a bagel baker from Queens NY. His bun includes malt and olive oil, and is baked only after 36 hours of fermentation. You get the picture.

He described it as European style, and I was too polite to say that I’d never had anything that good in Europe.

Business at the Bakehouse looked brisk. And after lunch I find another local businessman who says things are looking up.

Chuck Molinari sells exercise equipment from a shop crowded with static bikes, elliptical machines and weights benches. And in the two days before we met he had delivered two $4000 treadmills to buyers – not the sort of purchases made when times are tight, making him something of an economic bellwether. 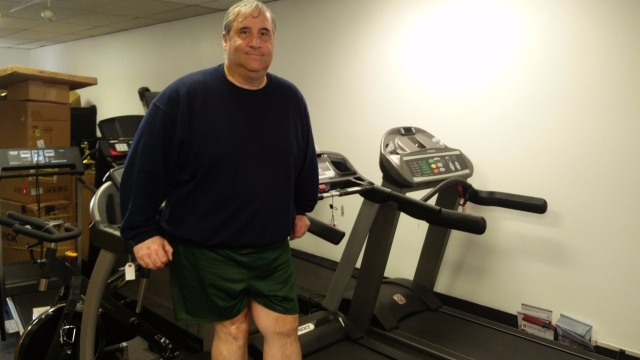 Last year was his worst on record. This is year is better already, something he puts down to Mr Trump’s plans to energise the economy.

“People that do the kind of thing like I do – sole proprietors, small businesses – we are all on the same page,” he says, sitting in his shorts on a bench.

There is a lesson here among the Trump voters of Kingston, a two and half hour drive in a rented Nissan from the media bubble of New York. Their mood is upbeat.

And mood matters in American political life of 2017.

Just as the election turned out to be less about facts, programmes and political philosophy, and more about emotion, feeling and tribe, so too this presidency will be judged in part on atmosphere.

Having learned this lesson when an election shock took shape on the night of November 8, too many commentators have reverted to their conventional yardsticks and the verdicts of an entrenched establishment.

What happened to all their post-mortem self-flagellation?

Did we get around to reading the rash of books that sought to explain the other America, you know, those ones with titles a bit like Redneck Lament?

The views that matter lie not in the political saloons of Washington DC or the newsrooms of New York, but all around the country at tables just like the eight-seater beneath the TV screen at the Bakehouse Bakery and Cafe.

This entry was posted in Uncategorized. Bookmark the permalink.